Starting at the perimeter of the deck helps you precisely space the picture frame and field boards.

When installing decking, there are three basic options of where to begin: at the house, at the perimeter of the deck, or in the middle at a plank that spans from one part of the deck to another. Starting at the house has the advantage that it is easier to install the board adjacent to the building before it is trapped by the other deck boards. If you’ve got a long run and don’t need to tie into other portions of the deck, this is the most common starting point (it’s not my preference, though).

The advantage of starting at the perimeter (as shown in the photo sequence) is that you can precisely space the picture frame and field boards for a refined look. Any adjustment can then happen at the house, where it will be less noticeable. Starting in the middle and working both toward the perimeter and the house can be a good strategy when one board connects two layouts.

Starting Layout in the Middle 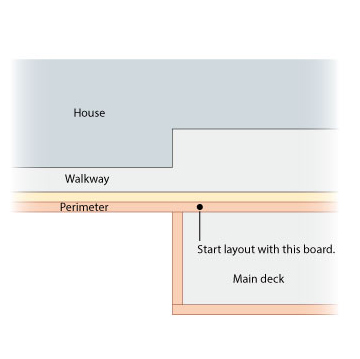 When two decks tie together with common field boards, this connection is a good place to start.

Starting at the perimeter

By adjusting the gap between the boards, you can prevent the need to split a plank of decking at the end of a run. To lay out a run, place the last plank in position with the correct overhang to account for any fascia (see photos below). Here, we used a 3/4-in. fascia with a 1-1/4-in. overhang for a total of a 2-in. overhang from the framing. While we’re at it, we mark the board’s edge to use as a reference. From the edge of this board, measure back to the building to determine the overall run. Make sure to measure from exactly where you want the first plank to start. Here, we opted to start the measurement from the flashing under the trim.

Once you know the overall run, simply divide that distance by the measurement of one plank and one space. For this deck we used 3/16-in. plastic spacers that wouldn’t compress. Many people like to use a construction pencil to gap the boards, but pencils are made of softwood and will compress as the deck progresses, changing the gap. An alternative is to cut hardwood spacers from scrap. A trick to get a more accurate estimate is to measure across several planks and spaces.. This limits the errors caused by variations of an individual board. For a short run of decking you may not be able to have an even number of planks. In that case, use a partial plank against the house. With longer runs, only a small difference in the gap will give you enough flexibility to have an even number of boards. It’s not necessary to mark the layout of every board in a run. Instead, mark intervals of 5 or 10 boards, so you can check the progress and make corrections if you get off track. 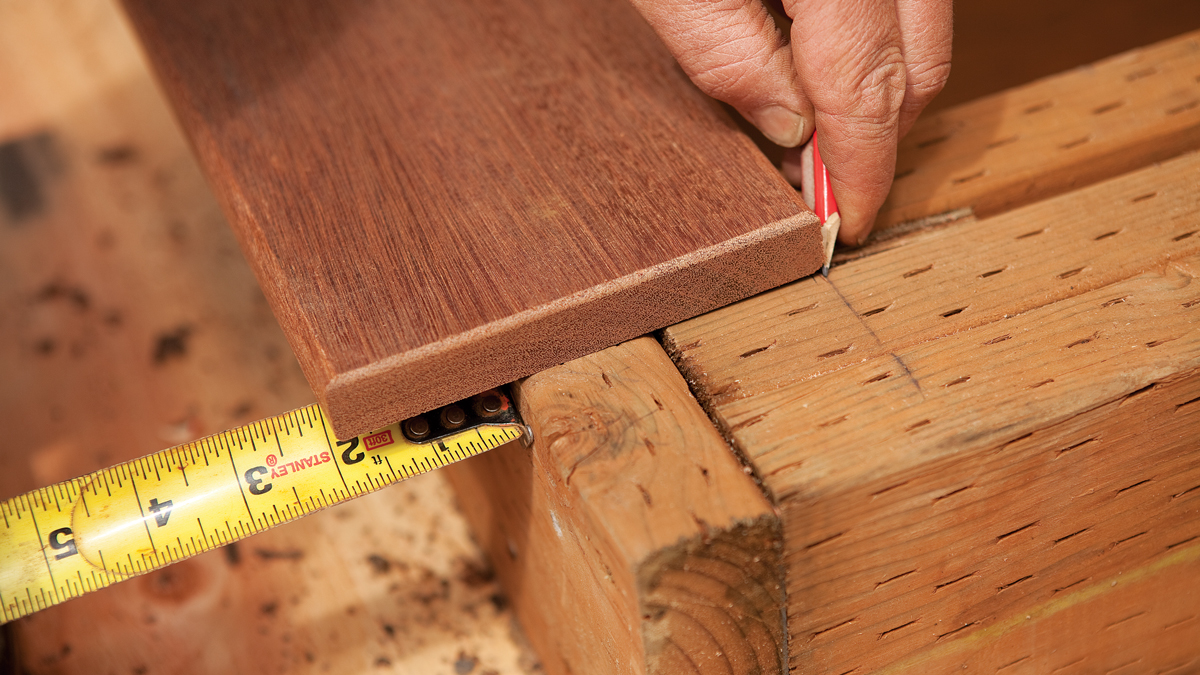 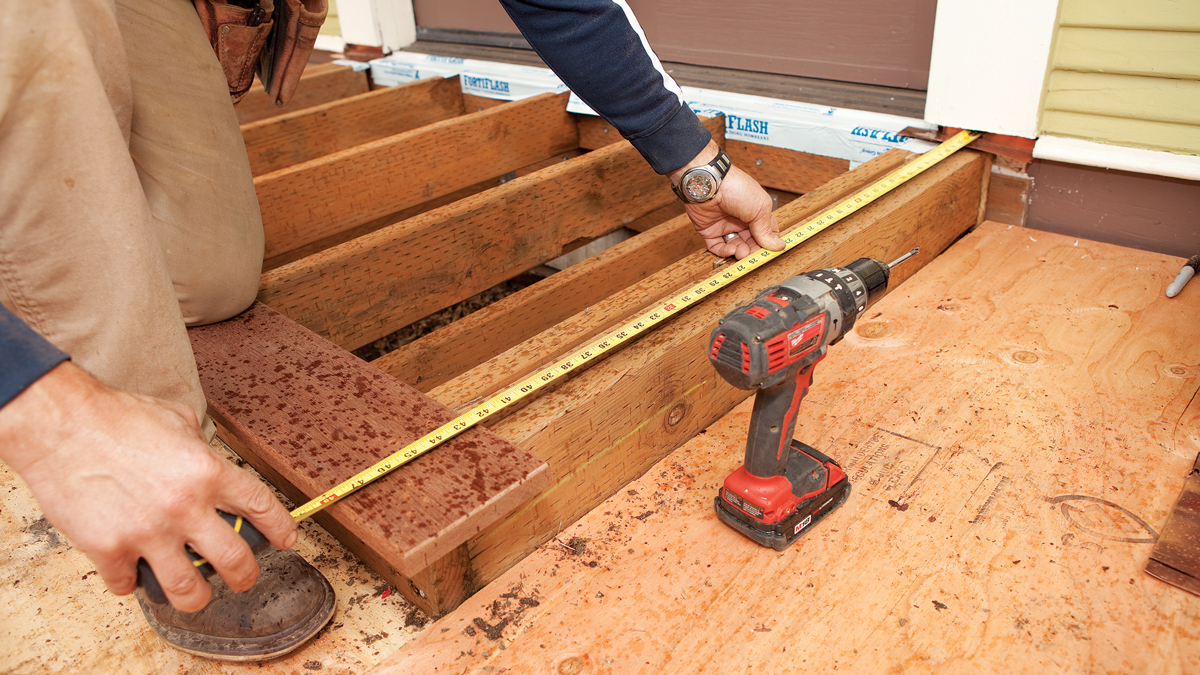 2. Measure the overall distance for the decking layout. Each section of decking will require a slightly different set of calculations. 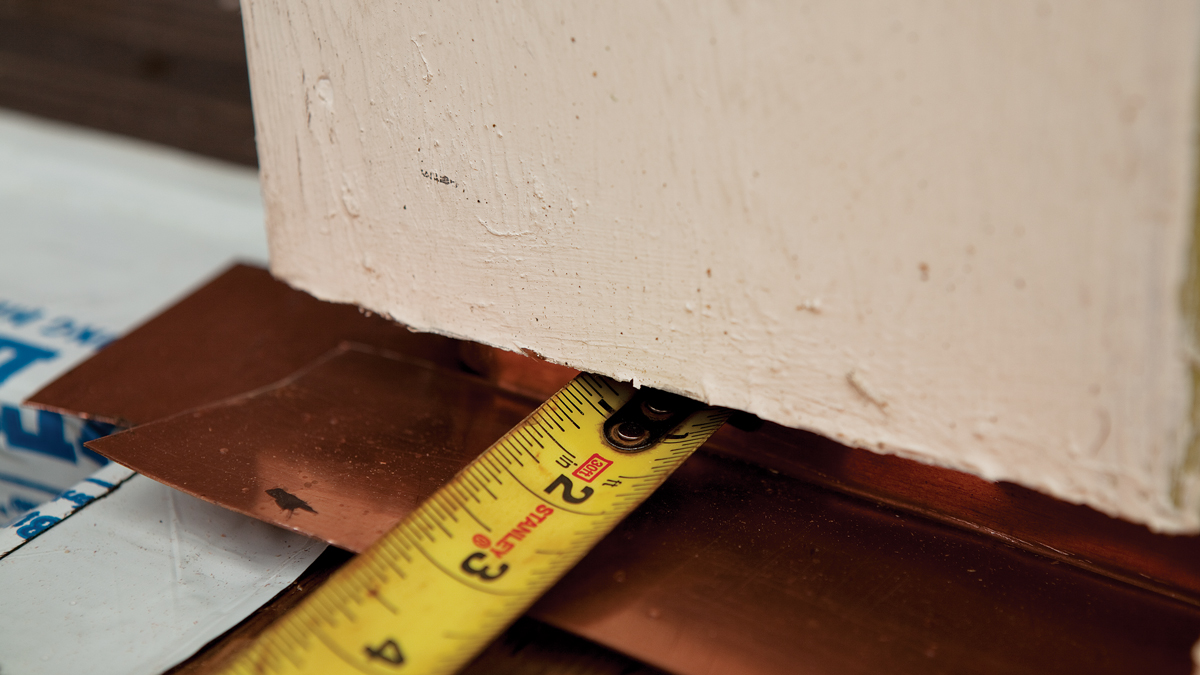 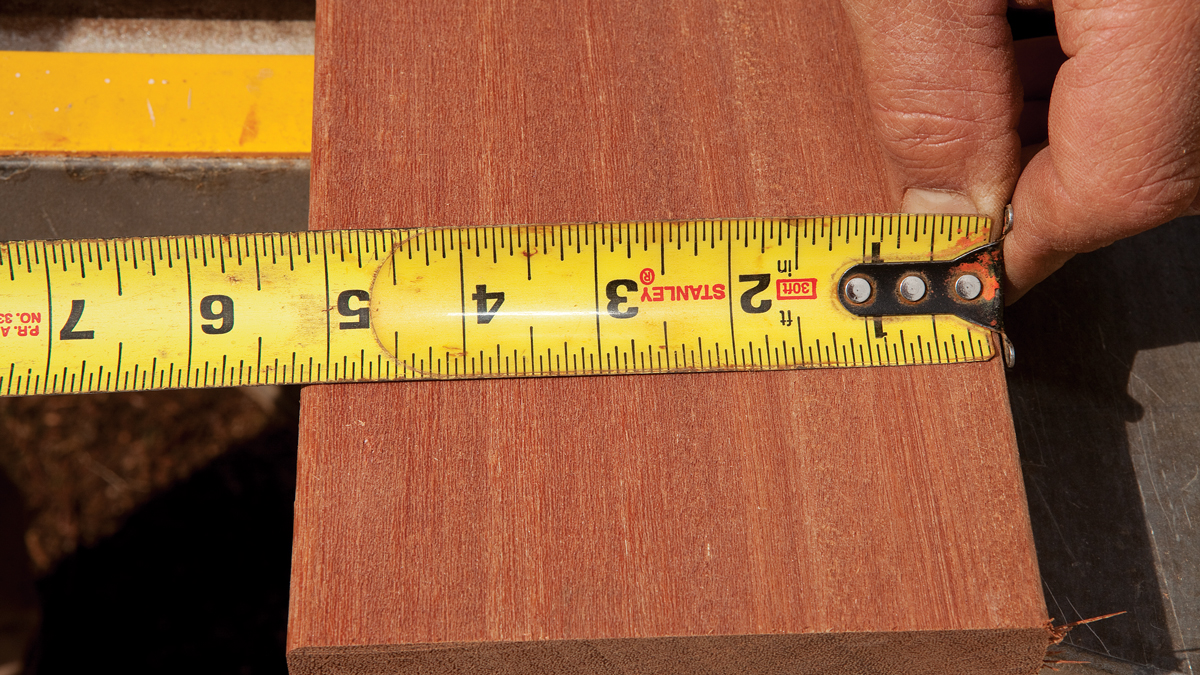 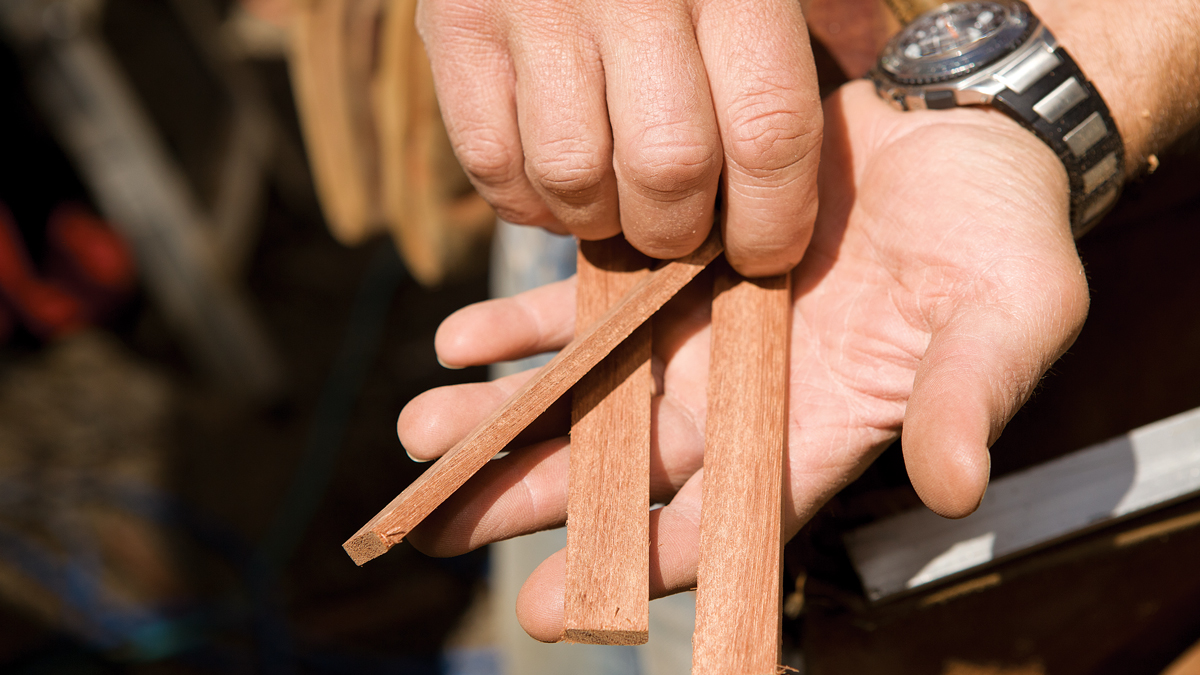 5. Cut custom hardwood spacers to help reduce error in measuring and to keep the layout on track. 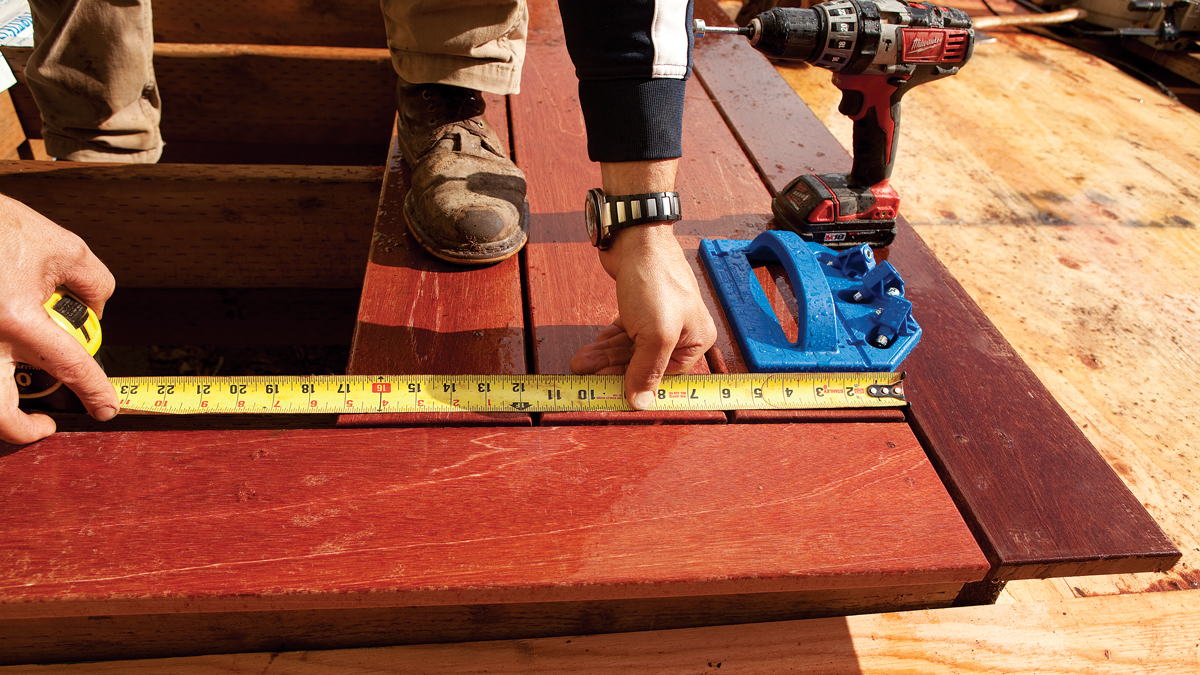 6. Check the progress against the layout to ensure that the calculations are accurate.