How to Install Deck Rim Joists

Learn 3 ways to secure rim joists to the field joists.

When a beam supports the joists from below, securing the rim joist to the field joists with through screws will save time over using hangers. Also, in this situation hangers are redundant because the rim joist carries little weight. The main function of the rim joist here is to keep the joists aligned. 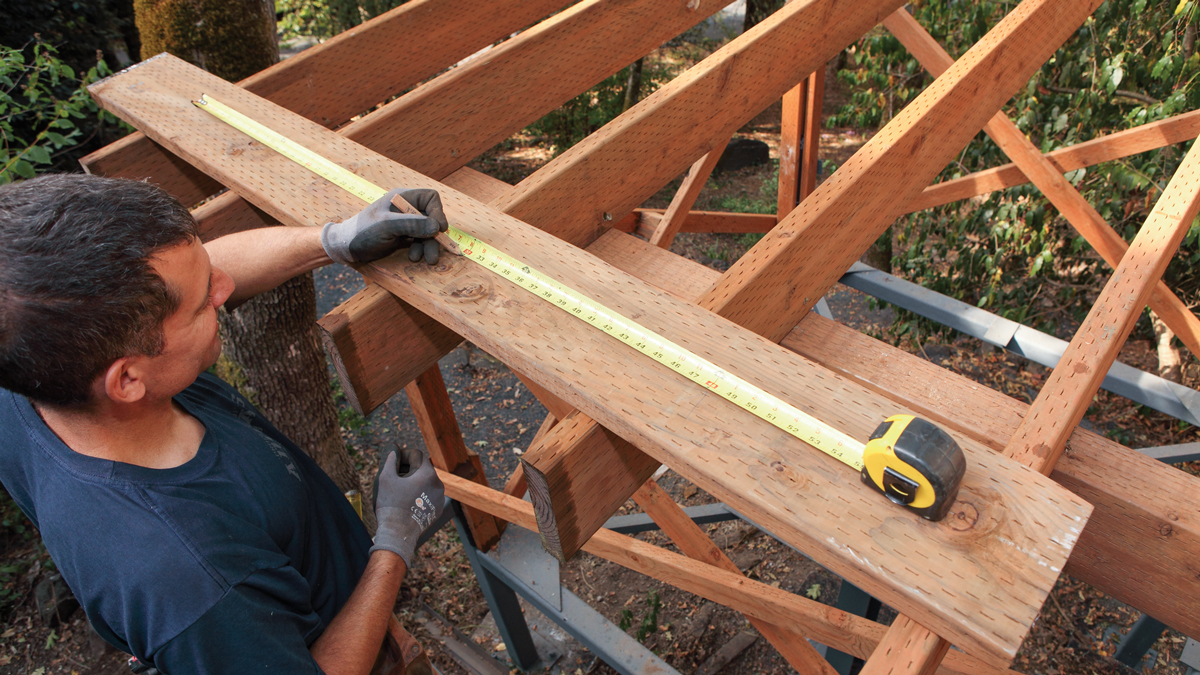 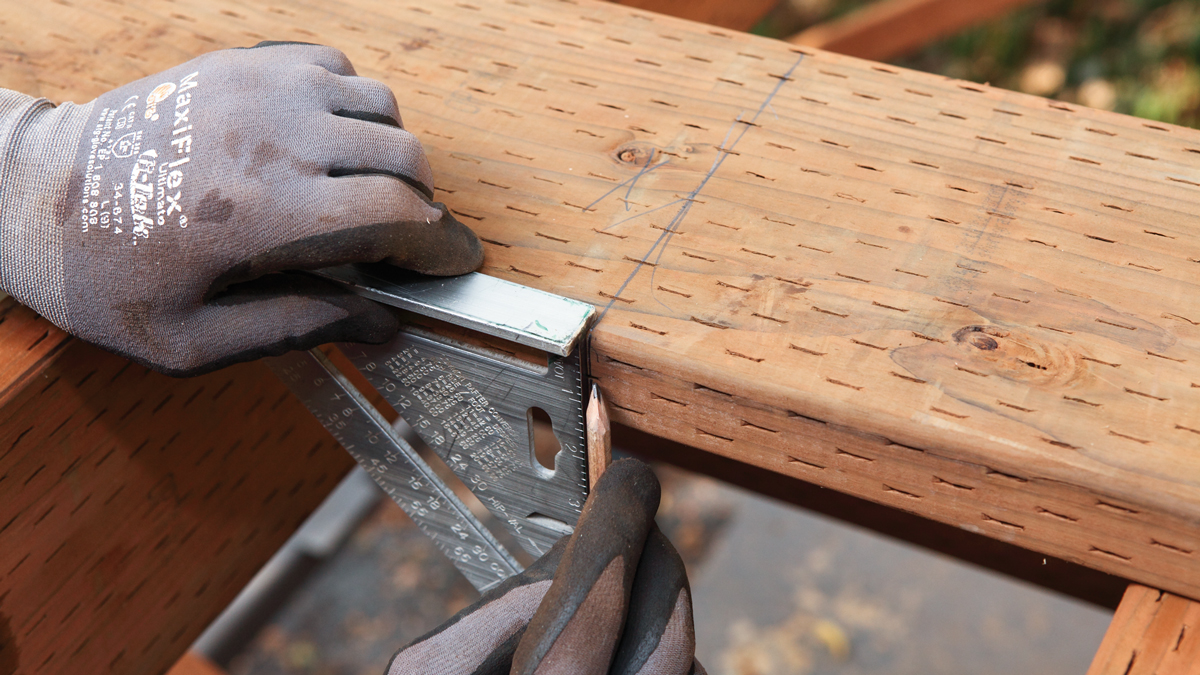 2. Use a square to extend the layout marks across the face and top of the joist. 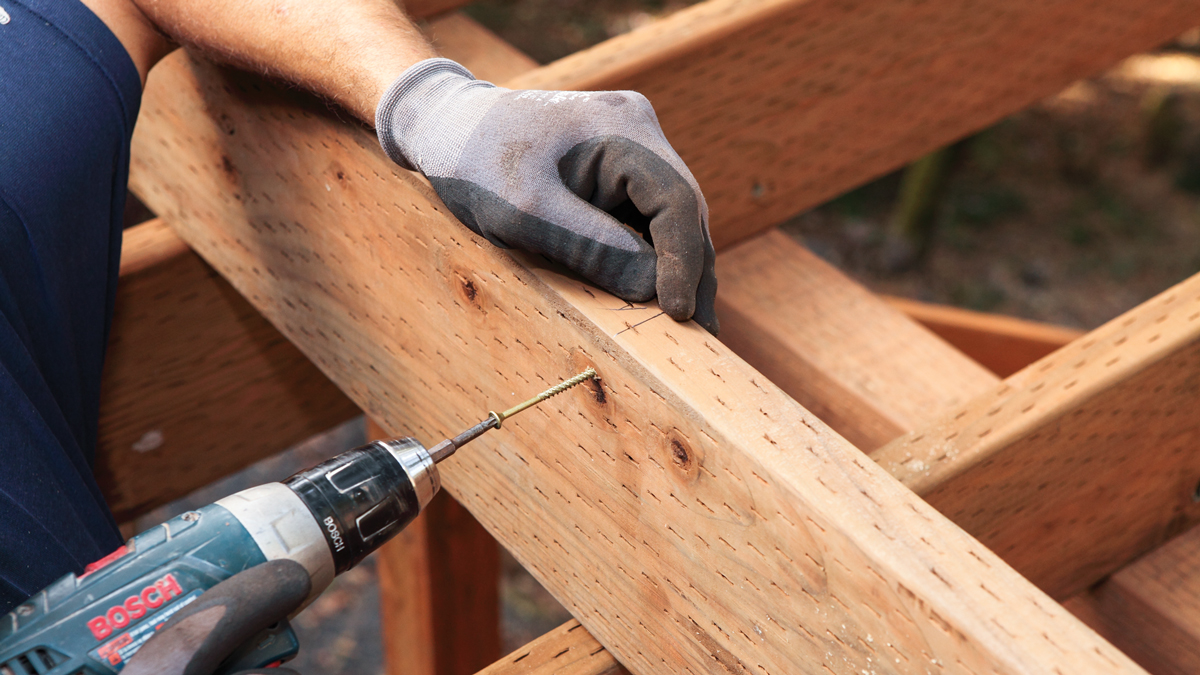 3. Start the first screw near the top of a middle joist based on the layout marks you made on the face. 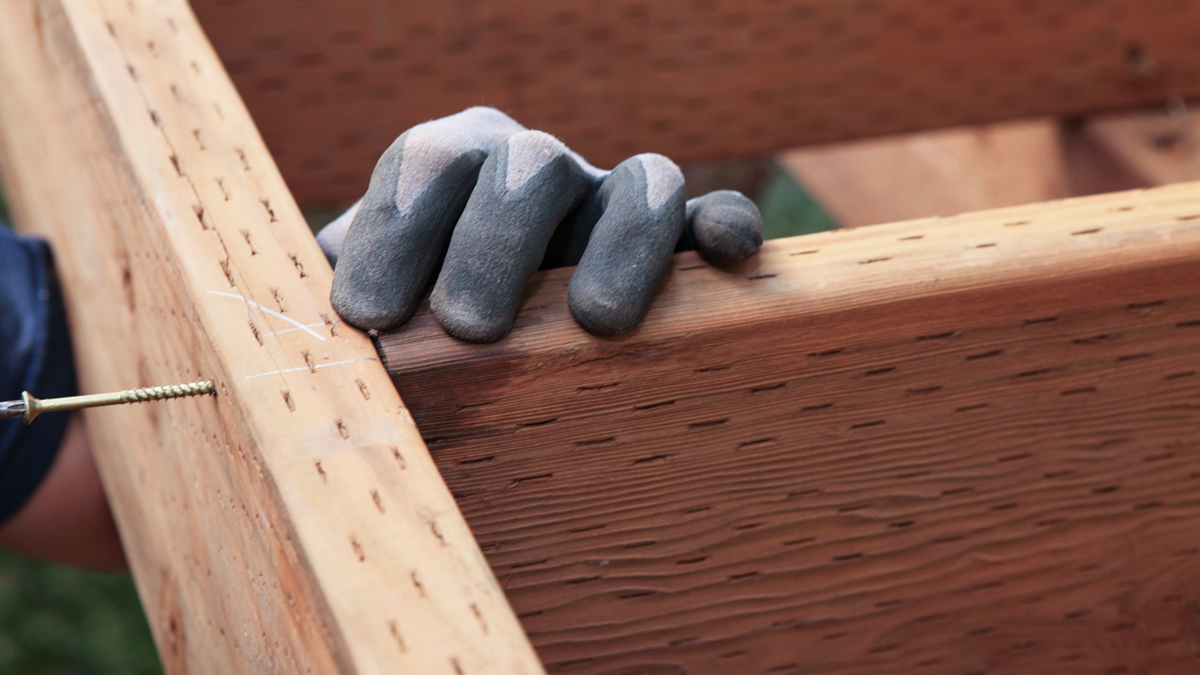 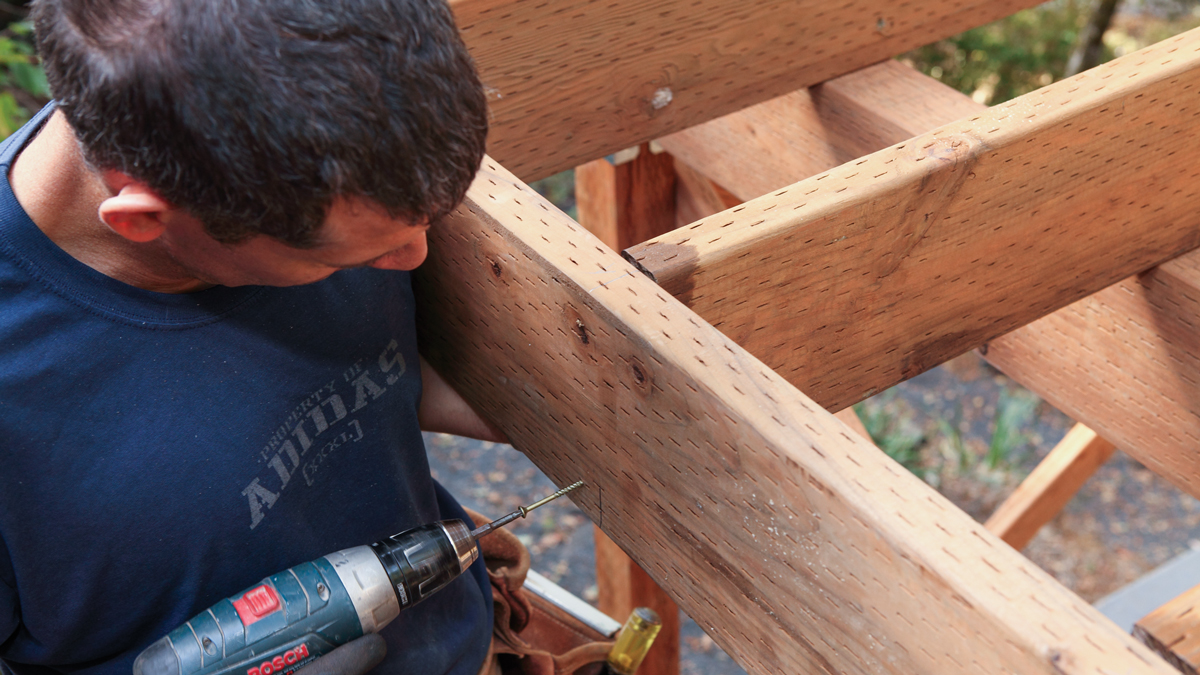 5. Fasten the rim joist permanently to the joist with two more through screws.

If it’s not convenient to stand on the outside of the rim joist to through-screw the fasteners, installing hangers to the rim joist before fastening it in position is a good option. Two key points with this method are to make sure that layout is as accurate as possible and to check that the rim joists don’t vary in height by more than 1⁄16 in. 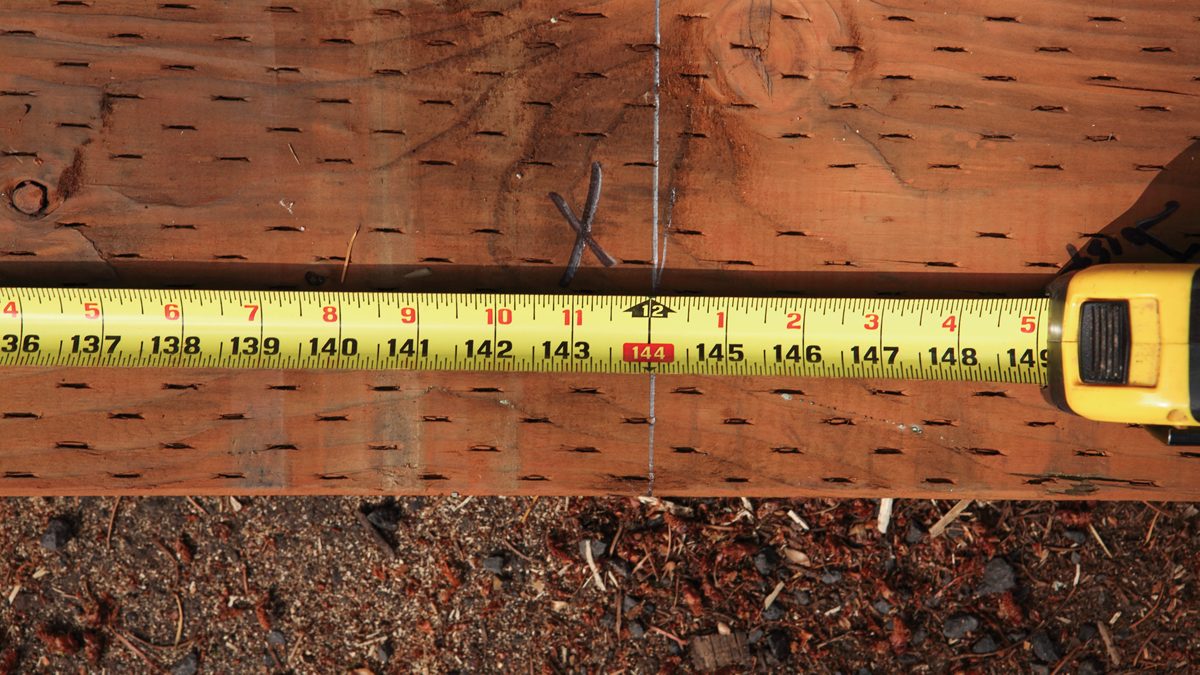 1. Pull and mark layout across the face of the rim joist using a square to extend the lines from top to bottom. 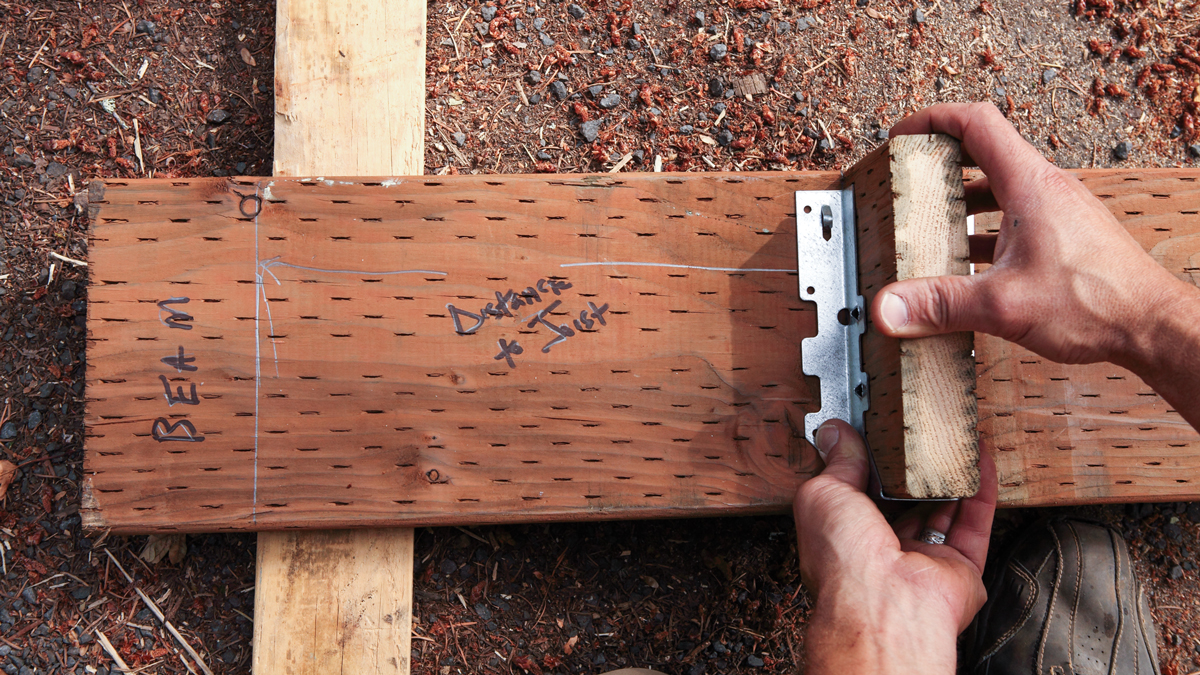 2. Align a joist hanger with a scrap of lumber to the layout lines and flush with the joist top. 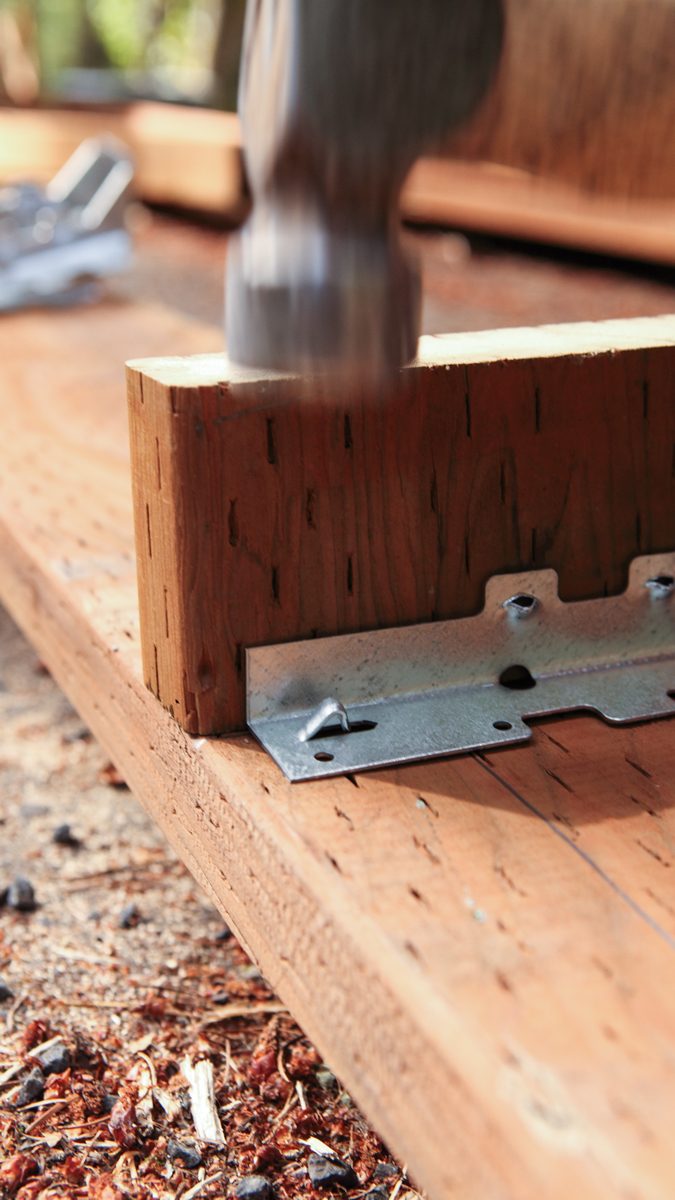 3. Depress the hanger tab to hold the joist in the right position. 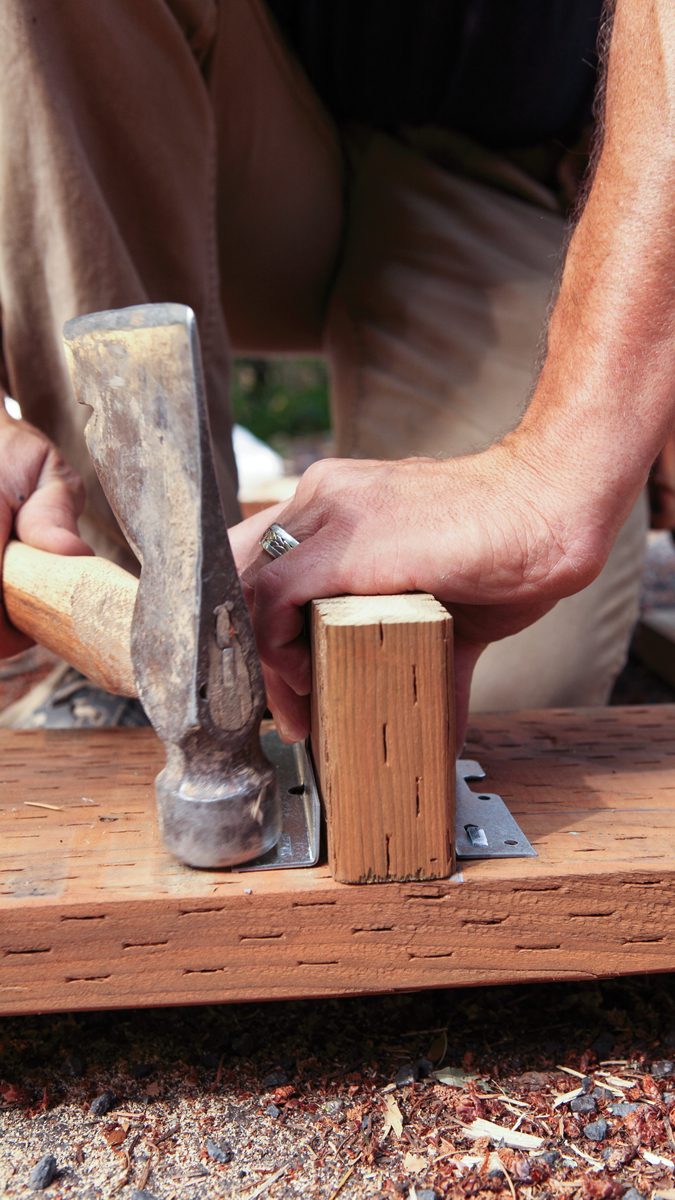 4. Drive 11⁄4-in. Teco nails through the hanger holes to secure it to the rim joist.

When a rim joist runs parallel to the field joists, the installation can be quick and uncomplicated. Once the adjacent rim joists are installed and fully secured, measure between them for the rim-joist length. If you are approaching the installation from above or working alone, secure a block to the underside of the adjacent joist to act as a third-hand helper. Use the block to support one side of the rim joist while you install the other side. Last, secure the end supported by the block with 3-in. through screws. 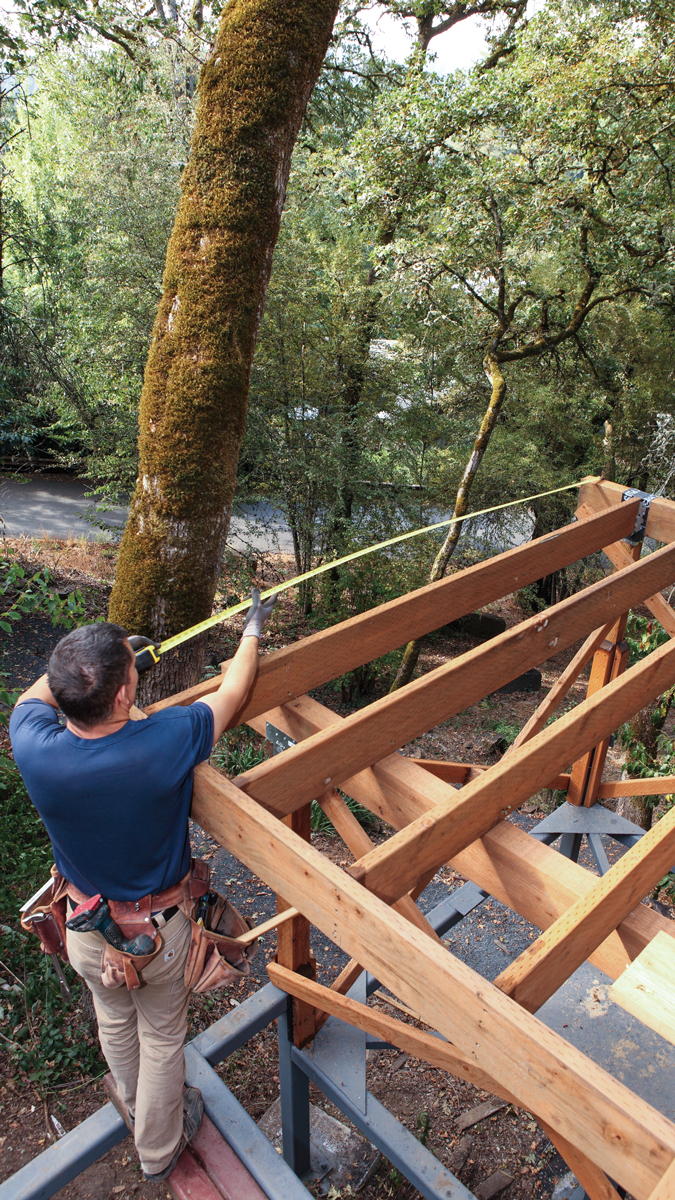 1. Find the length of the end rim joist by hooking the tape and measuring from outside to outside. 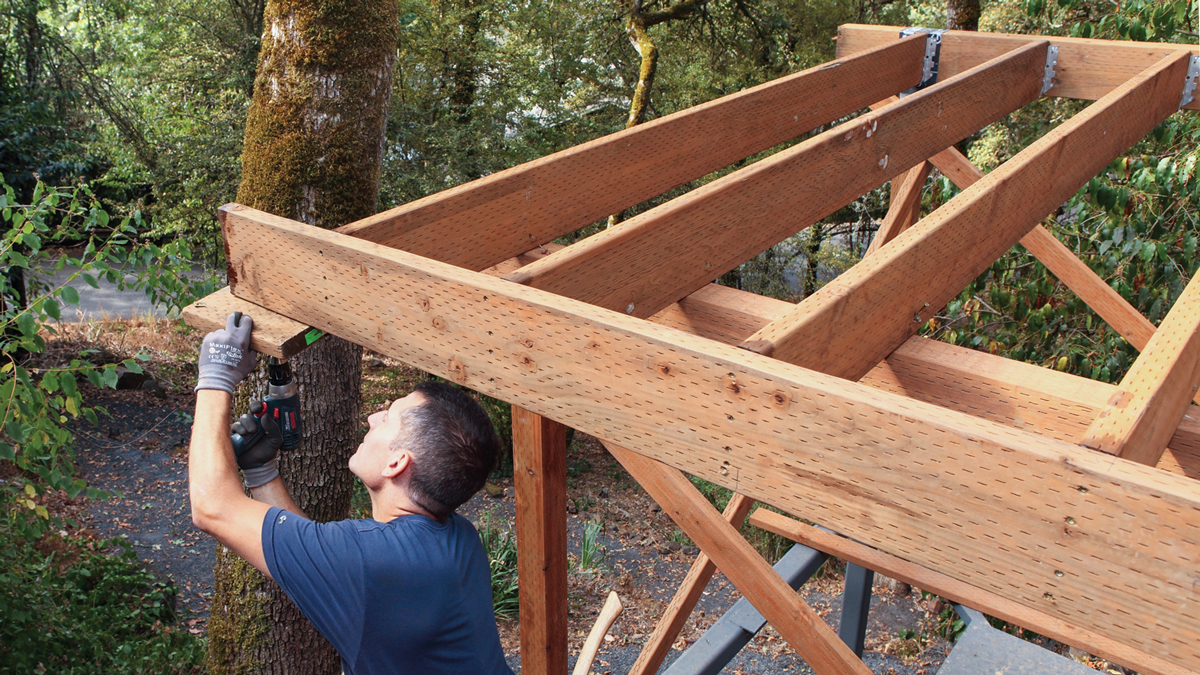 2. Attach a block to the bottom of the adjacent rim joist to act as a third hand. 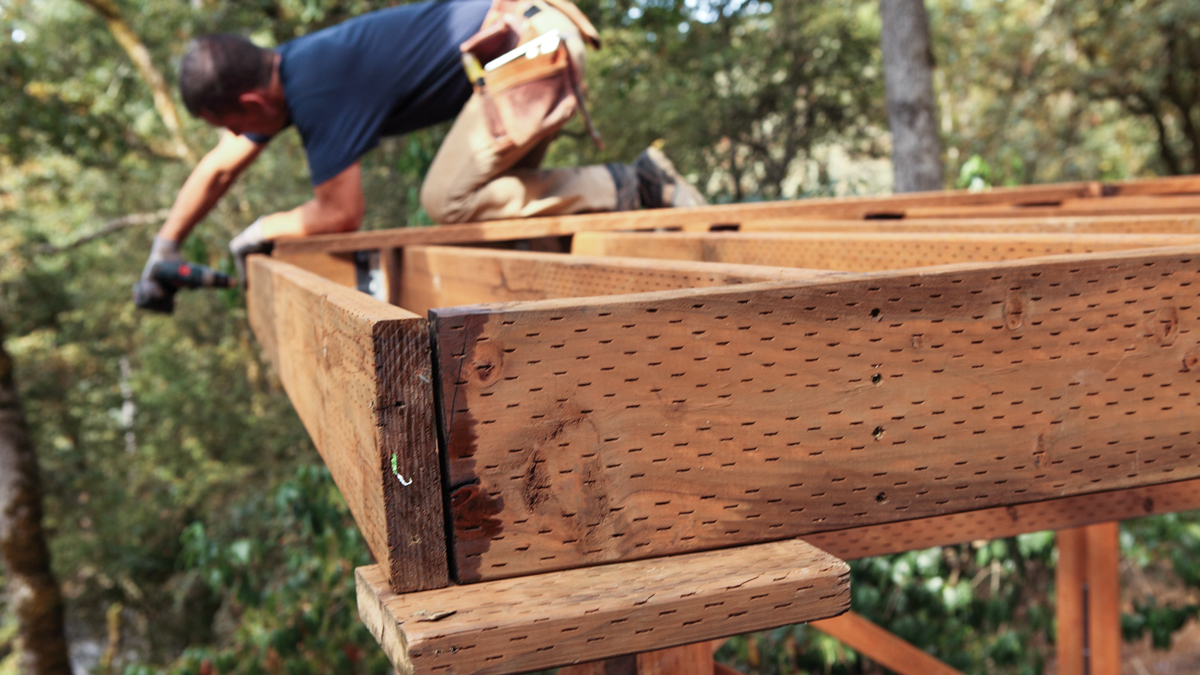 3. Position the rim joist on the block while attaching the other end. 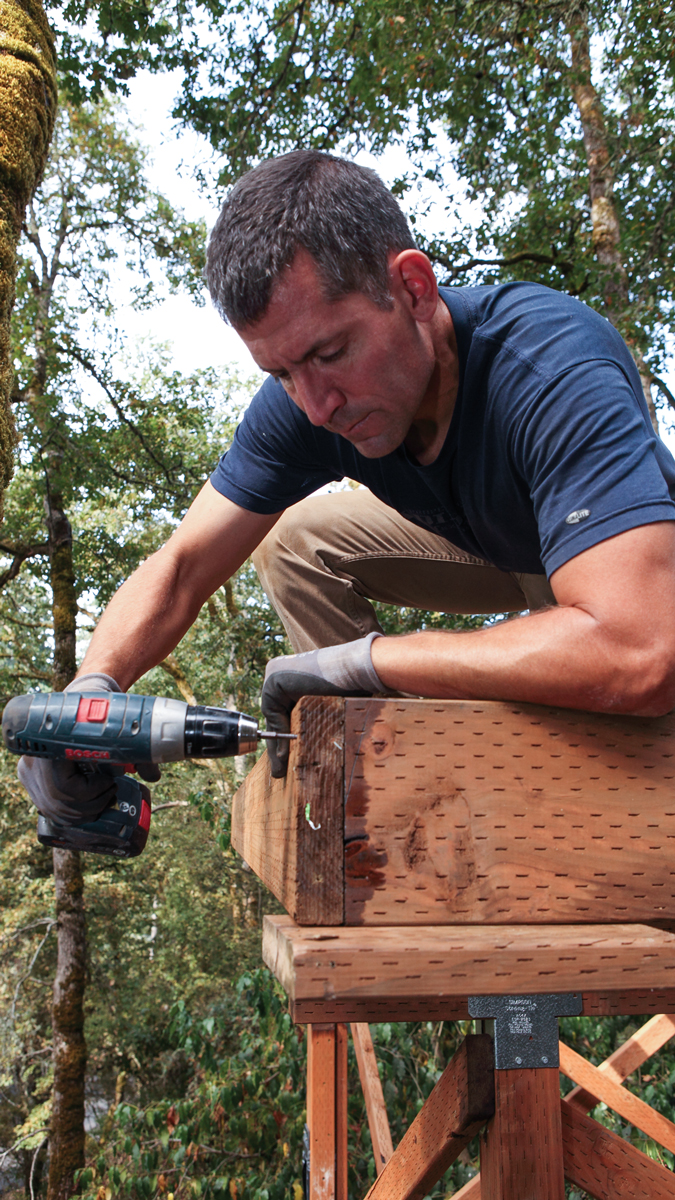 4. Through-screw the rim joist with 31⁄2-in. screws to permanently secure it and then remove the block.